This kid sent me this on tweeter (cuz the directors of the Versace video RT’d me [i gotta post that too]) even though that’s a no-no I fucks wit this shit. But pause to only fuckin wit his niggas tho. 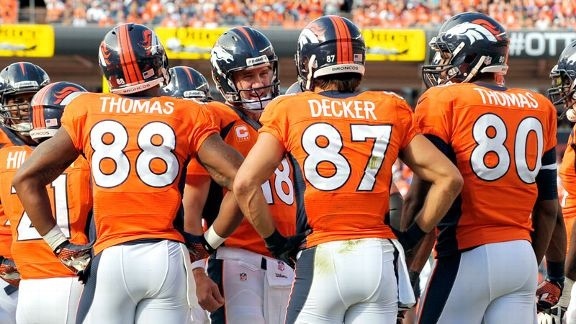 I mean what do I even say. FiftyFUCKINGTwo points. 4-0. Peyton is da gawd of all gawds. And we still don’t have Von and Champ. DO CAN EVEN GRASP TE FACT WE CAN GET BETTER?! That’s all I have to say. We makin history. #BroncosNation 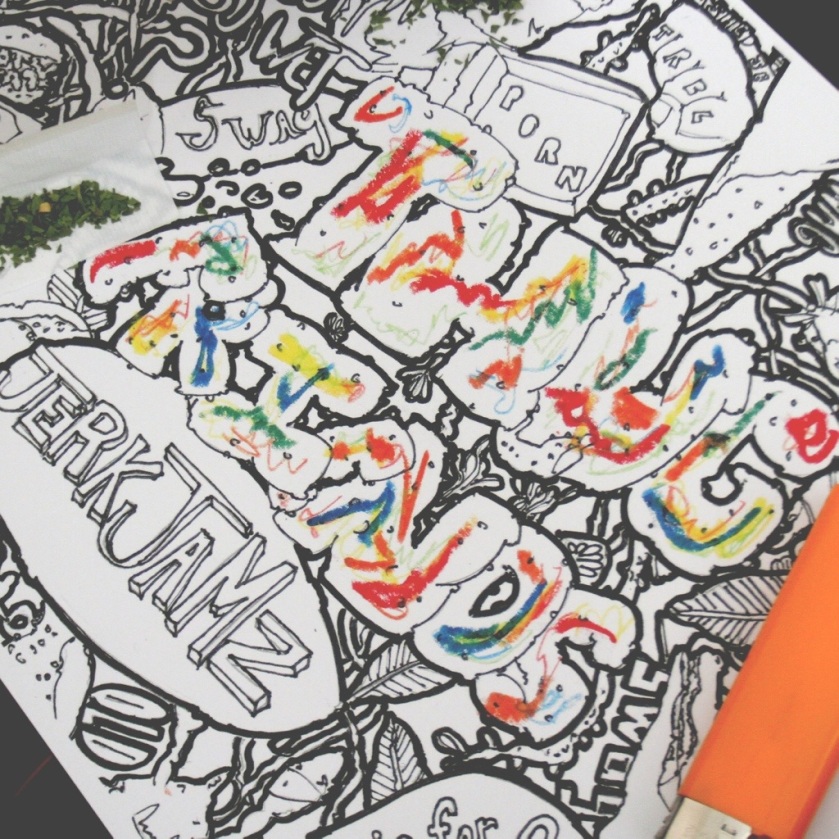 The Thuggish ruggish Friends brought us C Is For Coochie and now they bless us with an entire EP because they are beautiful people. 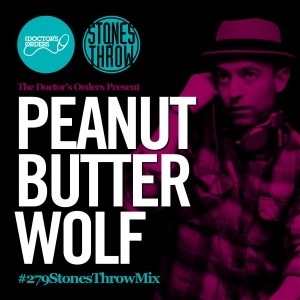 I guess The Doctor’s Orders is throwing a crazy event in London (I wanna go!!! Fly me out!) so da gawd Peanut Butter Wolf put together this mix. Do you ever need an excuse for PBW mix?!! 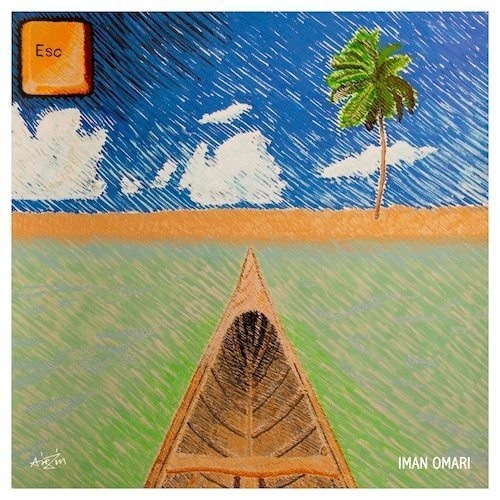 Wooooo! Just added Javonte to the list of people we hope to work with. He’s a Killer.

Together, Iman Omari (artist/writer/producer) & JaVonte (artist/writer) offer their listeners “The Truth”, via Iman Omari’s ESC Vol. 1 project released on Sept 28, 2013. On “The Truth” JaVonte confesses his divine connection with his GODdess, and eliminates all doubts of her existence. His celestial and airy vocal, over Iman’s abstract and eclectic production is “The Truth”, and nothing but… 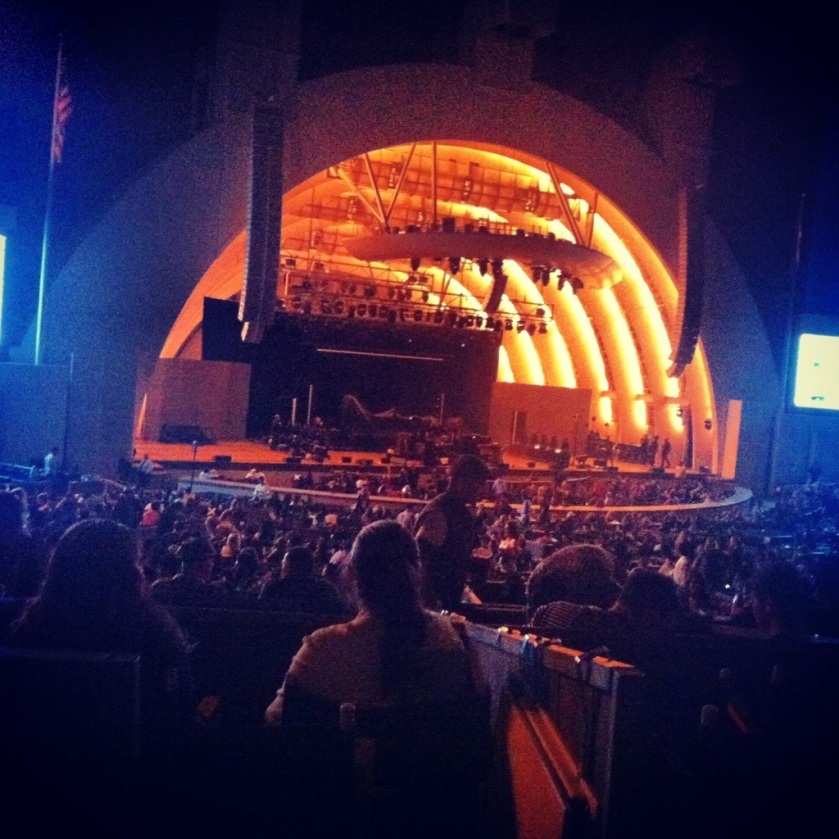 Enter: Hollywood Bowl. Parking? Make right, make left, BAM! Parked. Easy peasy. Cut a shit ton of people, tickets scanned. CUTSIES! Find seats. Damn good! Had the middle ground seats. Like maybe at the edge of the 1/3rd portion of the venue. At maybe a 45angle facing stage right (our left, DUH!). We missed the openers Austra. I COULD NOT CARE LESS! I was so happy to see them on the bill. Meant we could be a little late and still see the 2 gawdly groups I came to see. And just like that IT WAS TIME!

Chromatics came out playing one of their instrumental joints, Tick Of The Clock I believe, then out walks Ruth and shit is about to get so fuckin real! Music stops, she grabs the guitar AND THEY START PLAYING “LADY”! Ruth is a murderer on guitar, btw. And Johnny is an evil master on the keys. Playing ever key and effect so perfectly. How do you play effects PERFECTLY live? Sick bastard. Then song numero deux, KILL FOR LOVE! Are you kidding me? Back to back? You guys are nuts. Start out the set with, perhaps, the 2 best songs from the Kill For Love album. Sickos. Then they made it a trifecta with Cherry. MOTHER FUCKING CHERRY! The single for which I has been waiting for the cherry red vinyl to drop for what seems like a year(it’s STILL “coming soon” sad faces). 3 songs into the set and I have heard the top 3 songs on my list and holy shit I could just die right now. They an amazing 45 minute set. I would’ve literally just went for them. I mean looking for their live show is how I even found out they were doing the Hollywood Bowl with The FUCKING xx holy balls

We got a little break while we waited for The xx to set the stage up. And I realized who reminded me of Chromatics. DWNTWN!!!! I saw DWNTWN when they opened for the gawds Body Language (did I do a Body Language recap?!?!?! Jesus Christ I’ll write one later, for realsies this time.) But yeah, they’re different bands with a different sounds but there are a lot of similar elements. Like they’re both Synth Pop, DUH.

The xx takeover, the breaks over, NIGGA! Nigga. And BANG! WE. ARE. ROLLIN! Jamie xx starts playing. Oliver and Romy walk out. They set the stage on FIRE! And they begin with TRY!! And it sounds absolutely incredible!! All night there was just something special about every song. Whether played at a slower tempo, or faster. Or improvised a few chords. Sang the song just a tad bit different. I mean ever so slightly difference. There was just a true magic, and beauty to what they were doing. I soaked in every little bit that I could. And a few times Romy and, mostly, Oliver talked to us. Thanked us. Even said he “doubly thanked” us because we missed the Breaking Bad finale to be there, anytime pal *wink & gun*. It was so genuine. We were all best friends. Every last one of us, for one night of amazingness, BEST FRIENDS! Romy is an absolute BEAST on the guitar. Like SHIT DAMN MUTHAFUCKER! FICTION< REUNION!!! ISLANDS!!! VCR!!! And then they did it. Night Time. Bliss. Pure, absolute, unfiltered. Where was Ms Benes** to be by my side? I decided that THAT was gonna be my favorite part of the night. Little did I know the best was still to come and I had absolutely no choice in the matter, for The xx were our gracious hosts and we their guests, left with no choice. They did a version of Crystalised that was beyond perfect. It makes perfect look like a dead baby. That’s how PERFECT it was. Then you think it might be cooling off but no. SUNSET comes on and it’s endearing that you wanna slit your wrists to let all the joy from your body out into the physical world. Yet and still! They go even more crazy. They start playing Swept Away and the magic is in the air. You can literally see the magic shooting for their instruments into the air. BUT ONLY THEY DON’T SING SWEPT AWAY THEY SING SHELTER OVER THE SWEPT AWAY MUSIC SWEET FANCY MOSES! Then for the 2nd verse they chill and slow the quicker tempo Shelter and start to play the actual version and Jesus F Christ I think Romy grew angel wings. They played a straight forward version of Heart Skipped A Beat. And by straight forward I mean they lit all of our faces on fire. One by one. 3rd degree burns and skin grafts, well worth it. At this point they walk off the stage. Then they dropped the curtain and BANGFUCKINGBANG There’s a god damn 30 piece orchestra (the Hollywood Bowl orchestra). We now know there will be an encore and it’s gonna be the best thing any human being has ever witnessed since the beginning of time. Sure enough they walk back out and immediately begin playing the Intro (the first album). And it’s just fucking unbelievable. It’s just 2 minutes of instrumental insanity on the album. But this? THIS?! With a full orchestra and Jamie and Romy and Oliver all playing live? It was the promised land and they were our saviors. Then OF FUCKING COURSE they did Together (from the Gatsby soundtrack). AND WOOOOOOOO! Was it remarkable. Memorizing. They kept finding new ways to captivate us. Those xx fellows, just perfection they are. To close the show? Angels. Perfect. Beautiful. Amazing. Spiritual. Religious. Magical. Enchanting. I was completely overcome. I almost shed a thug tear or 2. Almost. My eyes was like naw bro you a thug we CAINT do that. It was the stuff of legends. I’ll never forget what The xx gave me on this magical evening. Thank you.

**remember that time Jerry and Elaine made rules and got to sexing? Oh. . .