Omg this is AWESOME! I WANT!

Dashius Clay – Stoner and a Stunna 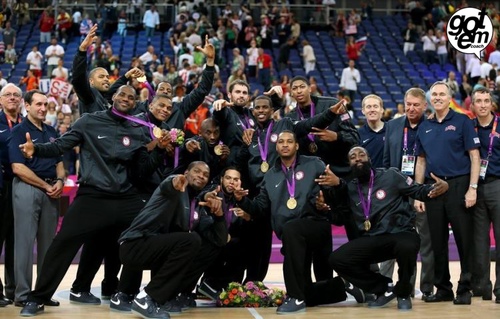 Alert. Cuz I’m dumb I’m skipping to the 2nd half. I missed the beginning and I couldnt find the proper link to stream it.

Once I finally go it on the effn Spanish team was up by 2 and playing tough. I didn’t think their post presence was gonna be as much of a factor as it was. I mean, sure, we are pretty undersized but think about Miami’s small ball lineup that won the NBA title. Spain was smart they fouled early to prevent as many fast break opportunities as possible. Shit, even times when we didn’t have a great advantage they still fouled. Trying to keep in the half court. Marc Gasol had four fouls in the 3rd so he sat for a long while. But Pau had 15 straight points for Spain so it’s not like they were at a disadvantage. As usual the US relied on our up & down three point shooting. Durant was on fire. And Lebron continued his stellar SUPERGODPOINTFOWARDCENTER role. Rebounding. Facilitating. Defending bigs. Hitting 3’s. Ibaka was extremely under utilized during the entire olympic tournament. The US guard prevented the spanish guards for gettin into any rhythm. They did not hit a single 3 ptr the entire 2nd half. Which which seriously hindered their ability to get any significant lead. I’m certain if they had hit a fair percentage, they might’ve pulled the upset. They were back and forth until they could hit a shot. Then Lebron scored a quick 5 PTs on a dunk and step back trey. Which took a 4 pt lead to a 9pt lead. Durant nailed a couple 3’s and the game was sealed. The Spanish team cut the lead to 6 against the reserves in the final 30 seconds but it was just cosmetic. Plus Harden managed to miss 3 straight FTs to help the cause.
GOLD MEDAL BITCHES

*this was supposed to be up yesterday. Sorry bestía.
**photo nabbed from got em coach